The Book of Hebrews

Hebrews 1:1-3 - God, who at sundry times and in divers manners spake in time past unto the fathers by the prophets, Hath in these last days spoken unto us by [his] Son, whom he hath appointed heir of all things, by whom also he made the worlds; Who being the brightness of [his] glory, and the express image of his person, and upholding all things by the word of his power, when he had by himself purged our sins, sat down on the right hand of the Majesty on high;

Hebrews 8:6 - But now hath he obtained a more excellent ministry, by how much also he is the mediator of a better covenant, which was established upon better promises.

Hebrews 11:1-3 - Now faith is the substance of things hoped for, the evidence of things not seen.  For by it the elders obtained a good report. Through faith we understand that the worlds were framed by the word of God, so that things which are seen were not made of things which do appear.

Hebrews in The New Testament - A Brief Overview 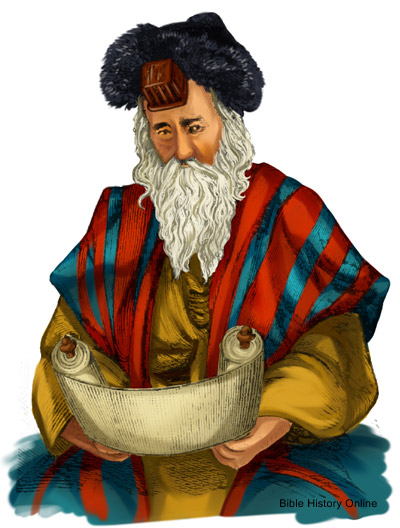 Painting of a Hebrew Scribe

Introduction to The Book of Hebrews

Brief Summary. The Main theme of the book of Hebrews can be found in the opening verses. Jesus Christ is clearly greater than anything that the Old Covenant had produced. Jesus is the great high priest, the eternal mediator between God and man who never stops mediating, and is the perfect fulfillment of all prophecies and types and shadows pointing to the Hebrew Messiah within the Old Covenant. The book of Hebrews unveils Christ as the One who is greater than each of the types and shadows that were pointing to him in the Old Covenant. Moses was the great lawgiver, but Christ was the perfect fulfillment of the law. The high priest in the Old Testament offered sacrifices each year, Jesus the eternal high Priest offered himself once and for all. The promises contained in the Old Covenant were for a season, but the New Testament is  built on better promises that are forever written on men's hearts.

Summary of The Book of Hebrews

Purpose. The main purpose of the epistle is to establish Christianity as being superior to the Law. The writer exalts the superiority of Christ to angels, to Moses and Joshua, and to the Levitical high-priesthood. The book of Hebrews also makes a contrast between the tabernacle and its sacrifices and the sacrifice of Christ. The write strongly warns the Hebrew Christian to remain faithful to the Christian religion and its principles and to separate from Judaism, which had served its purpose and which was about to lose their rituals, sacrifices, and Temple.

Audience. The writer titles his epistle "To the Hebrews" and every chapter and verse of the book is clearly designed to instruct and encourage those who were Hebrew in blood and had become followers of Jesus Christ. It appears that the Temple was still standing at the time this epistle was written because it is often alluded to.

Author. Unknown, evidence points to Paul. There has been much controversy regarding the authorship of the book of Hebrews. Some say that it was written by Barnabas, others say it was Luke, or Apollos. The author of the book does not state his name, but it is definitely Pauline in style. A greater number of scholars have attributed this book to Paul than any other author. The writer refers to "our brother Timothy" (Hebrews 13:23) and "they of Italy" (Hebrews 13:24). It also appears that the writer was imprisoned, from his request for prayers that he might be restored to his readers. Paul was imprisoned several times and this could refer to any of those. The only absolute conclusion is that which Origen expressed: "God only knows who wrote the Epistle to the Hebrews."

Date. The book of Hebrews was probably written shortly after AD 60.

Place Written. It says in Hebrews 13:24 "They of Italy salute you" and this phrase indicates that the letter was written from Italy. It is probable that the Epistle was written near his second Roman imprisonment, about 60-62 AD.

Outline of the Book of Hebrews