The Book of Revelation

Revelation 1:9-11 - I John, who also am your brother, and companion in tribulation, and in the kingdom and patience of Jesus Christ, was in the isle that is called Patmos, for the word of God, and for the testimony of Jesus Christ. I was in the Spirit on the Lord's day, and heard behind me a great voice, as of a trumpet, Saying, I am Alpha and Omega, the first and the last: and, What thou seest, write in a book, and send [it] unto the seven churches which are in Asia; unto Ephesus, and unto Smyrna, and unto Pergamos, and unto Thyatira, and unto Sardis, and unto Philadelphia, and unto Laodicea.

Revelation 19:11-16 - And I saw heaven opened, and behold a white horse; and he that sat upon him [was] called Faithful and True, and in righteousness he doth judge and make war. His eyes [were] as a flame of fire, and on his head [were] many crowns; and he had a name written, that no man knew, but he himself. And he [was] clothed with a vesture dipped in blood: and his name is called The Word of God. And the armies [which were] in heaven followed him upon white horses, clothed in fine linen, white and clean. And out of his mouth goeth a sharp sword, that with it he should smite the nations: and he shall rule them with a rod of iron: and he treadeth the winepress of the fierceness and wrath of Almighty God. And he hath on [his] vesture and on his thigh a name written, KING OF KINGS, AND LORD OF LORDS.

Revelation 22:18-20 For I testify unto every man that heareth the words of the prophecy of this book, If any man shall add unto these things, God shall add unto him the plagues that are written in this book: And if any man shall take away from the words of the book of this prophecy, God shall take away his part out of the book of life, and out of the holy city, and [from] the things which are written in this book. He which testifieth these things saith, Surely I come quickly. Amen. Even so, come, Lord Jesus.

Revelation in The New Testament - A Brief Overview 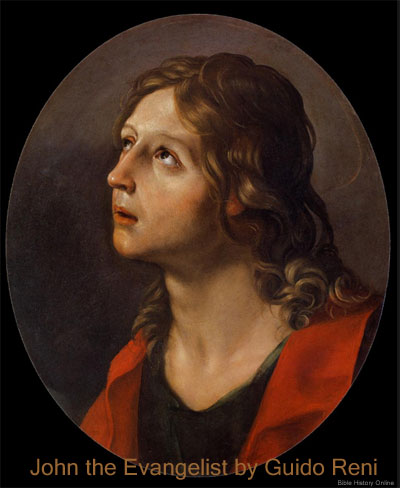 Introduction to The Book of Revelation

Brief Summary. John describes the seven churches in Asia, he records the visions that he received, and in the prophecy Jesus returns as the kinsman redeemer to claim this world as His inheritance. The final battle unfolds in a 7 year period through a series of seal, trumpet, and bowl judgements, He casts the antichrist and false prophet into the lake of fire and sets up the New Jerusalem, the new heaven and new earth for the redeemed. The book of Revelation is in harmony with the prophecies in the Old Testament especially the ones written by Ezekiel, Daniel and Zechariah.

Summary of The Book of Revelation

Author. John the apostle names himself as the one who wrote down what the Lord said through the angel. The earliest writers in the church like Justin Martyr, Irenaeus, Hippolytus, Tertullian, Clement of Alexandria and the Muritorian all credit John the apostle as author of the book of Revelation.

Date. John indicates that he was on the Island of Patmos when he received the prophecy (Revelation 1:9). According to tradition John wrote during the reign of the Emperor Domitian which would have been around 95 AD. Tradition also states that John was released the next year and was allowed to return to Ephesus. Domitian was perhaps the cruelest Emperor toward the Christians, demanding that he was to worshipped as deity, or be put to death.

Audience. John said that the prophecy was directed to the seven churches in Asia (Revelation 1:4).

Outline of the Book of Revelation

The Book of Revelation Resources