The Book of Acts

Acts 2:1-4 And when the day of Pentecost was fully come, they were all with one accord in one place. And suddenly there came a sound from heaven as of a rushing mighty wind, and it filled all the house where they were sitting. And there appeared unto them cloven tongues like as of fire, and it sat upon each of them. And they were all filled with the Holy Ghost, and began to speak with other tongues, as the Spirit gave them utterance.

Acts 9:3-6 And as he journeyed, he came near Damascus: and suddenly there shined round about him a light from heaven: And he fell to the earth, and heard a voice saying unto him, Saul, Saul, why persecutest thou me? And he said, Who art thou, Lord? And the Lord said, I am Jesus whom thou persecutest: [it is] hard for thee to kick against the pricks. And he trembling and astonished said, Lord, what wilt thou have me to do? And the Lord [said] unto him, Arise, and go into the city, and it shall be told thee what thou must do.

Acts in The New Testament - A Brief Overview 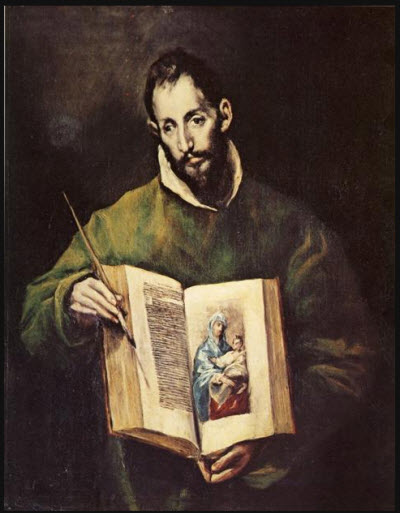 Introduction to The Acts of the Apostles

Brief Summary. Jesus rose again, he told his disciples to wait in Jerusalem until they are endued with power from on high, power to be his witnesses unto the ends of the earth. When the feast of Pentecost had fully come, the church was born and God poured out his Holy Spirit in Jerusalem. This began a fire which was spread throughout the whole world, Jesus Christ has risen from the dead and all who believe can be saved. This was the message of the gospel in the Book of Acts, and God confirmed his word with signs following. The church in Jerusalem had taken their time in fulfilling the commands of the Lord to go into all the world beginning in Jerusalem and Samaria and even to the uttermost parts of the earth. God called a man named Saul who was a persecutor of the church to be the hero in the Book of Acts. God would change his name to Paul the Apostle, and it was through Paul that the message of Christ would spread to the farthest parts of the known world. The Book of Acts records three of Paul's missionary journeys by which the church was established, the people of God, the Christians who would change the world.

Summary of The Book of Acts

Contents. The Book of Acts clearly focuses on the beginnings of the church, and two people� The apostle Peter, and the one who actually possessed the courage to go to the farthest parts of the known world with the gospel of Jesus Christ, his name was Paul the Apostle. The Gospel spread from Israel, northward to Antioch, and then westward to Asia Minor, Greece, and finally Rome, the heart of the Roman Empire.

The first 12 chapters of the book of Acts deal with Peter, and the remainder of the book, the last 16 chapters is devoted to the apostle Paul.

The major areas of history with which the author has dealt are :
1) The establishment and progress of the church at Jerusalem until the dispersion which arose at the time of Stephen's death (Acts 1-7);
2) The preaching of the gospel to the surrounding area, including its introduction to the Gentiles (Acts 8-12) ;
3) The preaching tours of Paul and the struggle to define the church's position with regard to the law of Moses (Acts 13:1-21:16); and
4) Paul's imprisonment, which began in Jerusalem and was concluded in Rome (Acts 21:17-28 :30).

Audience. The book of Acts is addressed to Theophilus, usually thought to have been a Gentile who was interested in learning more of Christianity and whose name suggests may have been a symbol of all lovers of God.

Authorship. Luke wrote the Book of Acts and the Gospel of Luke and he dedicated his work to a man named Theophilus as mentioned in the summary of the book of Luke. Luke was a companion of Paul on his missionary journeys, and in many parts of the book of Acts it says "we" did this or that (Acts 16:10-17:1; Acts 20:5-21:17; and Acts 27:2-28:31). These Scriptures indicate that Luke joined and left the missionary party on several occasions and that he accompanied Paul on his journey to Rome. Paul's calls Luke his companion in Colossians 4:14, Philemon 1:24, and 2 Timothy 4:11. The medical language in Luke and Acts gives credence to Luke "the beloved physician" (Col. 4:14) as the author of Acts. The early Church writers unanimously agreed that Luke was the author of the Gospel of Luke and Acts, for example Tertullian, Clement of Alexandria, Tatian, and Irenaeus.

Date. Scholars agree that Acts was written around 62 or 63 AD. It is interesting to note that Luke never intimated the event of the destruction of the Temple and Jerusalem in 70 AD within the book of Acts. Jerusalem is pictured as a currently thriving center of Judaism, with the temple service and sacrifices being carried out in a normal manner. After 70 AD everything changed and it would have been obvious if Luke had written Acts after 70 AD. Luke concludes Acts with Paul in Rome living in a hired house, and awaiting trial before Caesar (Acts 28:30). This would have been 61 or 62 AD obviously before the great persecution of Christians by Nero and the destruction of Jerusalem in 70 AD.

Place Written. Most scholars believe that the place of the writing of Acts was in Rome. The whole book is an account of the advance of Christianity from Jerusalem to Rome and the last events described take place in Rome.

Historical Accuracy. As has been noted in the introduction to Luke, the historical accuracy of the writings of Luke, once questioned widely, has now received extensive substantiation; there is little reason to suppose that the events took place in any way other than that described by Luke.

The Value of Acts. The Book of Acts is of great value to the Christian for many reasons. When Jesus commission His disciples to go into all the world, Acts informs us of the very events of the early Church in carrying out that commission. It tells us of their relationship to one another and to their other co-workers as they dealt with the various problems which faced the young church. It tells of the introduction of Christianity to the Gentile world and of the struggle for unity between Jew and Gentile.

Outline of the Book of Acts

Map of Paul's Voyage to Rome (61 A.D.) - This map reveals the journey of the Apostle Paul to Rome in 61 AD. Paul had appealed to Caesar in Caesarea (Acts 24-25), his goal was to spread the Gospel of Jesus throughout the Roman Empire all the way to her great capital, Rome. He demanded that his case be heard by the Roman Emperor. According to the Book of Acts, after his shipwreck on the Island of Malta (Acts 28) he came to Italy and was put on house arrest for two years (Acts 28:30). (Color Map)

Map of New Testament Italy - This map reveals the cities within Italy during the first century A.D., the time of the New Testament. The map includes the principle cities of Italy like Neapolis and Rome. Follow the path of the Apostle.

Back to Bible History Online