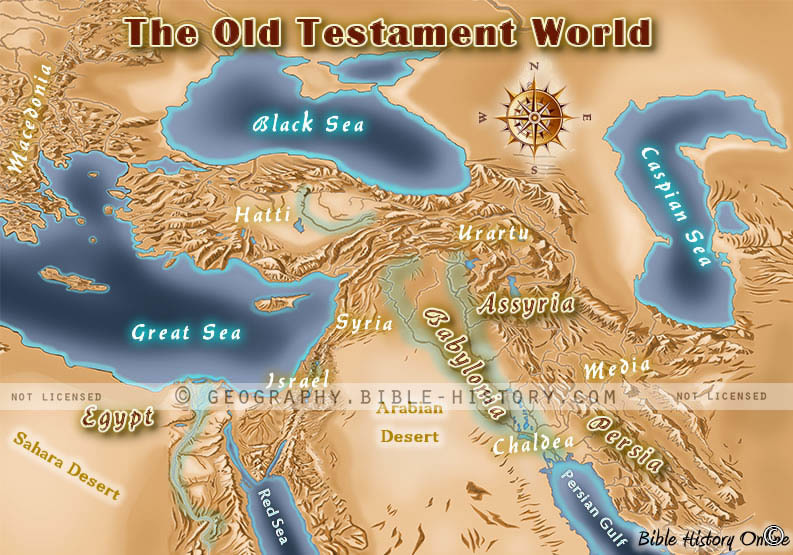 Map of the Lands in Old Testament Times

The Lands of the Old Testament. The Old Testament covers the period from the creation of man all the way to the return from captivity in Ezra and Nehemiah. During this long period of time there were several nations and kingdoms that are mentioned throughout the Old Testament. The map above shows many of the kingdoms including some that became mighty and even world powers, like Egypt, Assyria, Babylon, Persia, and Macedonia. Later Rome would be the last world governing empire, but they will be discussed in the New Testament era.

Maps are essential for any serious Bible study. Our collection of maps are simple and they are free.